Do you cultivate a passion for taste? Well, so do we! Here's an overview of local products and gastronomic specialities that you're sure to find on your plate during your camping holiday on the Ile de Ré!

Among the flagship products of the Ile de Ré, sea salt occupies a beautiful place in the gastronomy of the island. Recognised as one of the most refined and tasty salts in the world, the fleur de sel of the Ile de Ré is nicknamed the "white gold" of the marsh. In the north of the island, in the salt marshes of Loix and Ars-en-Ré, the salt is collected by hand according to an ancestral know-how dating back 800 years. Unlike refined industrial salts, salt from the Ile de Ré is 100% natural, without additives, and does not undergo any chemical treatment or post-harvest processing. 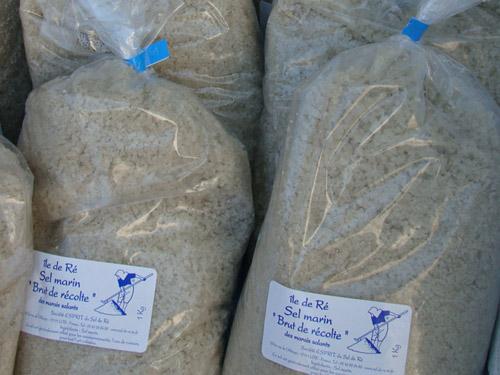 Less well known than its neighbour in the Marennes-Oléron basin, the oyster from the Ile de Ré has nothing to envy it in terms of taste. The oyster grows in an environment spoiled by nature, between the ocean and the salt marshes. Raised in the open sea, then refined in the heart of the marshes, the shells acquire a beautiful green colour, a very fleshy texture and a slight nutty taste that oyster crunchers love. The best way to enjoy them? In an oyster shack, with your feet in the water (or almost). Did you know that? Every year, oyster farmers in Retais produce between 6,000 and 8,000 tonnes of oysters, i.e. about 3% of the French national production. It takes about 3 years to obtain an oyster at full maturity.

Also read: " 5 things to know about oysters from the Ile de Ré " 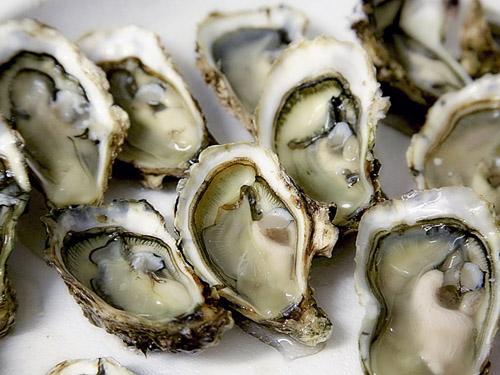 Small in size, melting, sweet, with a slight hazelnut taste, the Pomme de Terre Primeur de l'île de Ré has earned itself a solid reputation among consumers. The pride of the market gardeners, it is a rare and sought-after product, which therefore sells for a little more. All the more so as the yield does not exceed 25 tonnes per hectare. The Pommes de Terre de l'île de Ré can be cooked with water, steamed or fried, with butter or olive oil. A real treat! Did you know that? The Ile de Ré potato was the first French potato to receive a PDO in 1998. 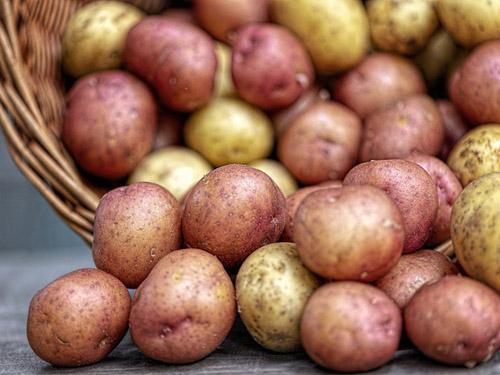 Do you know the "sea bean"? Also known as the "sea gherkin", the samphire is a wild plant with a green stem that grows in marshes. It is usually harvested in the spring, when it is fleshy and crunchy. It is available in jars (preserved in vinegar or candied) in delicatessens and fish shops on the Ile de Ré. Very appreciated by gourmets, the glasswort is low in calories, but very rich in iodine, phosphorus, silica and manganese. To be served as a starter, in a salad, sautéed in parsley, but also raw as an aperitif. 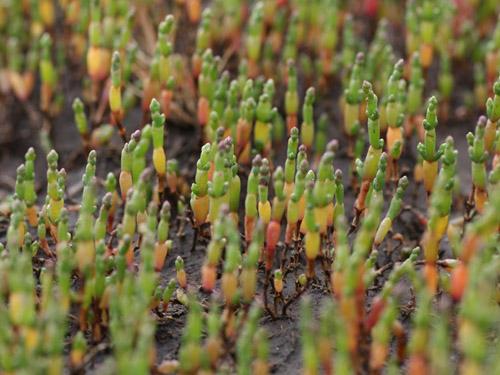 Thanks to the Cistercian monks who settled on the island in the 12th century, Ré is today home to some 650 hectares of wine growing, where excellent red, rosé and white wines are produced. A short visit to the winegrowers' cooperative at Bois-Plage will enable you to discover a fine range of wines made and bottled on the island of Ré: the "Thirst for Escape" available in white, red and rosé, Le Royal (Vin blanc de Pays Charentais) and the unmissable Rosé des Dunes. Not to be forgotten either are Cognac and the famous Pineau des Charentes AOC, whose reputation is well established. More surprising is the Pastaga de l'île de Ré, a pastis made from fennel! In short, an astonishing palette of tastes and colours to be savoured with envy and moderation.

To read on the subject: " The wine route on the Ile de Ré " 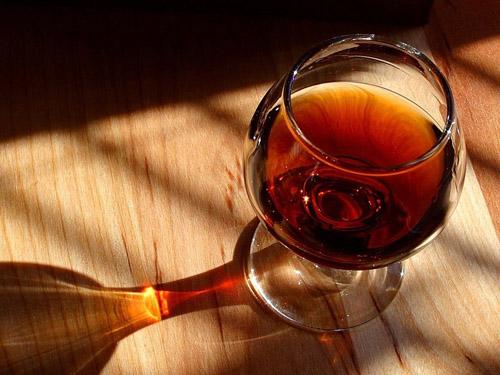 Other culinary specialities to be tasted:

All these delicious products and many more, you will find them on the markets of the island of Ré.