The "village port" of Ars-en-Ré, the charm is still there in its raw state!

Discover a lively village with its cafés, restaurants and sunny terraces overlooking the port, the white alleyways coloured by hollyhocks which bloom as soon as the fine weather arrives, the low houses which make up a typically Retais architectural ensemble... Ars-en-Ré will know how to enchant you during a stopover full of charm! During your visit, you will enjoy strolling through the streets of the village lined with small shops full of local products such as donkey's milk soap, Ars sardines, caramels with fleur de sel, vinegar with salicorne, "Les Confitures du Clocher" or the famous cognac and delicious pineau from the Ile de Ré... In the summer, the little campers will be delighted to discover the merry-go-round with songs and the poetic shows of the Donin company which animate the market place.

The famous bell tower of Ars-en-Ré and the Maison du Sénéchal: unique buildings on the Ile de Ré!

As far as heritage is concerned, you must absolutely visit the church of Ars-en-Ré, one of the oldest on the Ile de Ré (15th century). It is recognisable by its bell tower painted in black and white. In the past, most of the bell towers of Ré were painted in this way to be more visible and to help boats navigate in the Charente's pertuis. From the bell tower, the visitor will be able to contemplate a magnificent view of the Fier d'Ars and the salt marshes, the Phare des Baleines and the Moulins de la Boire. Equally unique on the island, the Maison du Sénéchal is well worth a visit. It is a former private mansion from the 16th century which was the residence of the Governor of the Ile de Ré. In Renaissance style, the building is decorated with sculptures and flanked by two beautiful corner turrets. If you have time, make a stop at the former Petit Train station (1898) located on the port of Ars-en-Ré. It recalls the time when the "Tortillard" served the whole of the Ile de Ré before the arrival of buses in the 1930s.

Located 200 metres from the village centre, on the banks of the Fier d'Ars, the Cercle Nautique d'Ars-en-Ré offers you the opportunity to practise optimist, catamaran, windsurfing, stand-up paddle or kitesurfing. If you wish to refresh yourself and swim, head for the small beach of La Grange to the south of Ars-en-Ré, near the Pointe de Grignon (only at high tide). At the entrance of the village, the Martray beach will delight fishing enthusiasts on foot. If you are in search of very large expanses of sand, you may prefer the beaches of La Couarde and Saint-Clément-des-Baleines a little further away.

The Martray redoubt, one of the links in the Vauban defensive system (1627), which made it possible to control the isthmus linking the Isle of Ars to the Isle of Ré (private property and therefore not accessible to the public).

The three towers of the old traditional windmills on the route de la Boire.

The former salt refinery, part of which is listed as a Historic Monument.

The Fier d'Ars and the saltworks where today nearly 70 salt workers work. On the ocean side, you can see the dyke which is used to protect the village from storms.

The telemetry tower of the "Karola" battery, remnant of the Atlantic Wall, built by the Germans during the Second World War.

A horse ride with the Petites Écuries des Marais between Ars-en-Ré and Saint-Clément-des-Baleines, in the heart of vineyards, forest and on the beach. 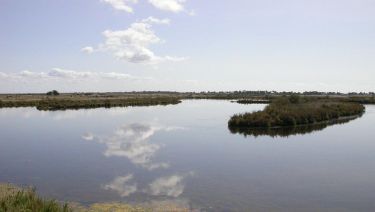 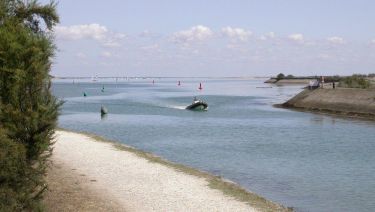 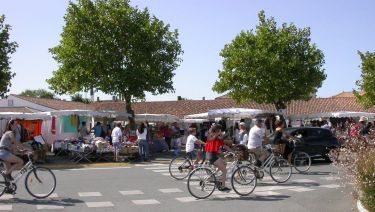 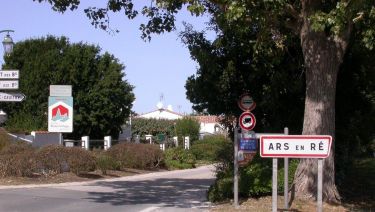 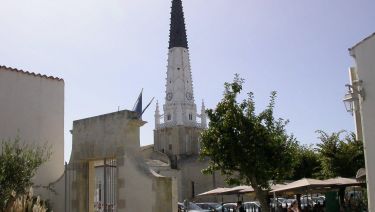 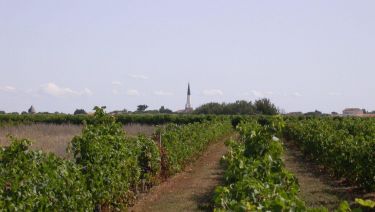 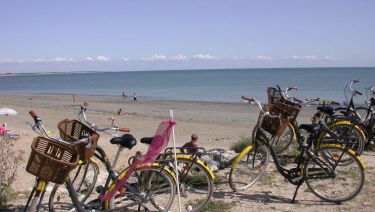 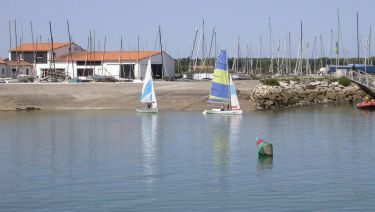 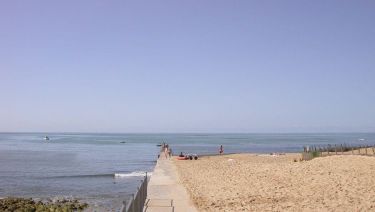 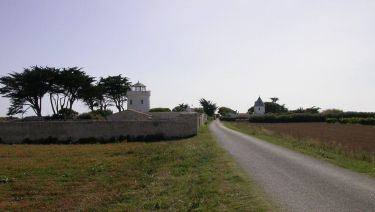 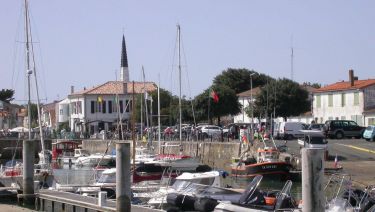