On the Ile de Ré, a walk through the salt marshes is enough to give you an immediate feeling of change of scenery. This is an opportunity to discover the secrets of white gold and the profession of salt worker during your camping holiday on the Ile de Ré.

A know-how and thousand-year-old gestures

At the beginning of the 11th century, the monks of the Ile de Ré began to exploit the salt marshes. The island was nicknamed "Ré la Blanche" in reference to the colour of the salt pyramids that rose in the salt marshes. The white gold of the marshes was exported throughout the kingdom of France and northern Europe, ensuring the island's prosperity.

In the 19th century, Ré still had nearly a hundred salt marsh workers, also known as paludiers depending on the region. Today, there are only a few hundred or so who continue this ancestral practice, using age-old techniques and know-how. In the north of the island, between Loix, La Couarde and Ars-en-Ré, near the cycle paths, some 460 hectares of marshland are still exploited by the salt workers.

What you need to know about the salt harvest

On the Ile de Ré, salt is harvested from June to September. There are two types of salt: coarse salt and fleur de sel. As a 100% natural product, salt from the Ile de Ré is not subject to any chemical treatment between the time it is harvested and its marketing.

The harvesting technique has remained virtually unchanged since the Middle Ages. The coarse salt (or grey salt) is harvested every two days from the clay bottom of the marsh. It is stored in sheds, where it dries for at least 6 months. The salt grower uses a tool called "simoussi (a board with a long handle) which is used to scrape the coarse salt from the bottom of the salt pan, then a "souvron" (an instrument with a shorter handle) which is used to bring the salt back to the path and form small white mountains.

As for the fleur de sel, the nectar of the marsh, it is harvested from the surface of the water. Finer than coarse salt, fleur de sel is made up of very fine white crystals. It is harvested on windy days, generally in the evening. To do this, the salt grower uses a lousse (a kind of skimmer) which allows him to skim and delicately pick the precious crystals from the surface of the marsh. Fleur de sel is on average 10 times more expensive than coarse salt.

Located at Camping Loix en Ré, on the north coast of the Ile de Ré, the salt marsh eco-museum invites you to discover the history of salt farming, the functioning of the salt works and the technique of salt production. An exhibition followed by a guided tour of a working salt marsh will enable you to understand the work of the salt worker and the secrets of making white gold. Both instructive and fascinating!

Where can you buy salt from the Ile de Ré?

Away from the salt marshes, in Ars-en-Ré, the Cabane des Sauniers is the place to go to stock up on fleur de sel, fine salt and salicornes, but also to taste the delicious caramels of the Ile de Ré and other local products. Direct from the producer to the consumer, that's all we like! La coopérative des Sauniers : 7 route de la Prée, 17590 Ars-en-Ré, www.sauniers-iledere.com 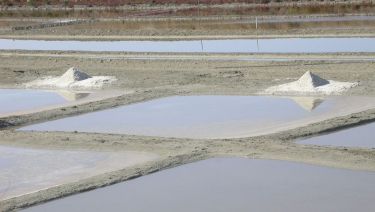 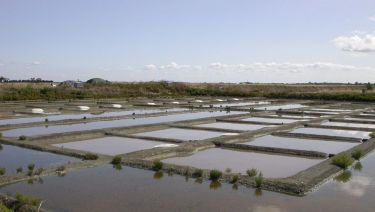 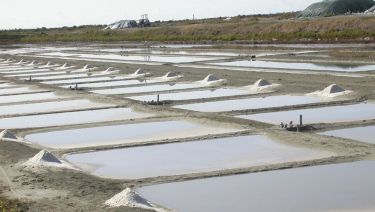 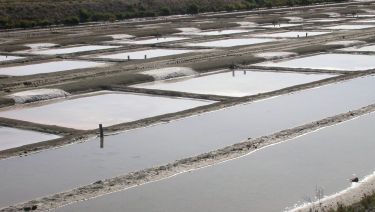