Take advantage of your camping holidays in Charente-Maritime to discover Fort Boyard! Starting from Saint-Martin-de-Ré - 4 km from the campsite - the Croisières Inter-Iles offer sea cruises and the commented tour of Fort Boyard.

Fort Boyard owes much of its notoriety to the famous TV show first broadcast in 1990. But its history begins under the reign of Napoleon.

Then 1st consul, Bonaparte decides to build a fortress on the sea to protect the harbour of the island of Aix, the arsenal of Rochefort and the estuary of Charente from the assaults of the English navy. The fort will measure 80 metres long and 40 metres wide. Work began in 1803, but was not completed until 1857! Meanwhile, advances in artillery, including the range of guns, have rendered its defensive military character obsolete. Deserted, the one who began to be nicknamed the "fort of the useless" became the prey of looters. He became a state prison in 1870 before the Army abandoned him definitively in 1913. In 1950, the fort was listed as a Historic Monument. Forty years later, he finds a new breath thanks to the TV show become cult and continues, still today, to make dream the new generations!

During your camping stay on the Ile de Ré, visit the port of Saint-Martin-de-Ré. The stars of the Inter-island Cruises await you there. This is the starting point of a wonderful guided sea trip around Fort Boyard and the Pertuis islands. The perfect opportunity to get as close as possible to the mythical stone ship. With any luck, you might see Father Fouras in his watchtower!
It is also possible to opt for a cruise to Fort Boyard with stopover on the island of Aix.

Read more about the boat tour around Fort Boyard with the Inter-island Cruises.

Dreaming of visiting the interior of Fort Boyard?

If Fort Boyard is the most famous fort in the region, it is also the only one that you will not be able to visit during your camping stay in Charente-Maritime... However, Infiniment Charentes organizes, every year in June, a competition to win a visit to Fort Boyard from the inside ! 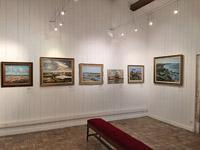 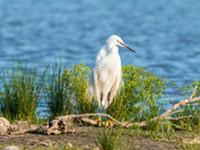 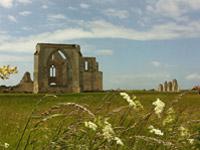